Catfish is a wonderful choice to fill up your dinner table with delightful dishes. As it comes in many sizes so you can make different kinds of recipes with it. It is also a great source of protein. But what if you cannot fillet the catfish properly? No matter what size it is, without a perfect fillet a lovely dish is impossible. 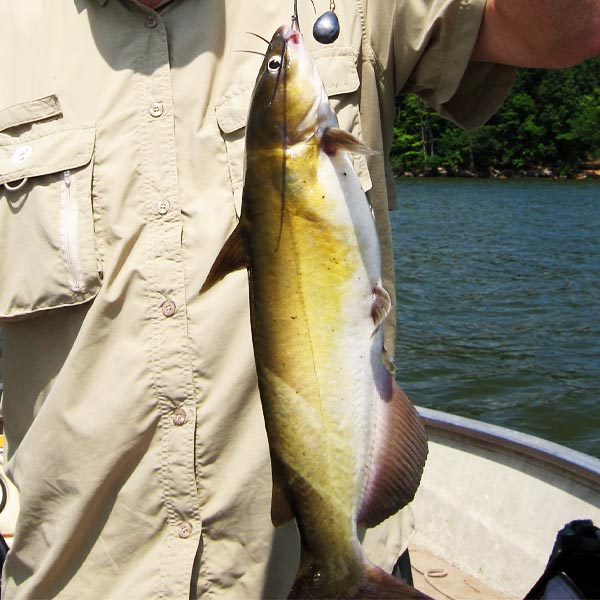 So let’s see how to fillet a catfish with an electric knife properly step by step. After reading this article we can hope that you will not be a noob anymore. Though it will not perfect for the first time but you will be able to fillet the catfish for dinner without ruining the meat.

Well yes. Electric knives are essential for filleting a catfish or any other fish. It had become prevalent for its effectiveness. Here are a few reasons you need to use an electric knife to fillet a catfish.

Effectiveness: Electric knives are very useful for cleaning and filleting catfish. It tends to be sharper than traditional knives. Sharpness is vital because catfish meat is very delicate. If you try to fillet it with a knife which is not Sharpe, then the shape of the fish will be ruined completely.

Saves Time: It will save a lot of your time. A traditional knife will take twice as much time than an electric knife will take. And time is crucial if you are a professional.

Not For Beginners: If you are a beginner in filleting fish, than it is not a good idea to start with an electric knife. It can completely ruin and squish the fish and you may finish with bones inside. It will take some of your patient and practice to get used to it. 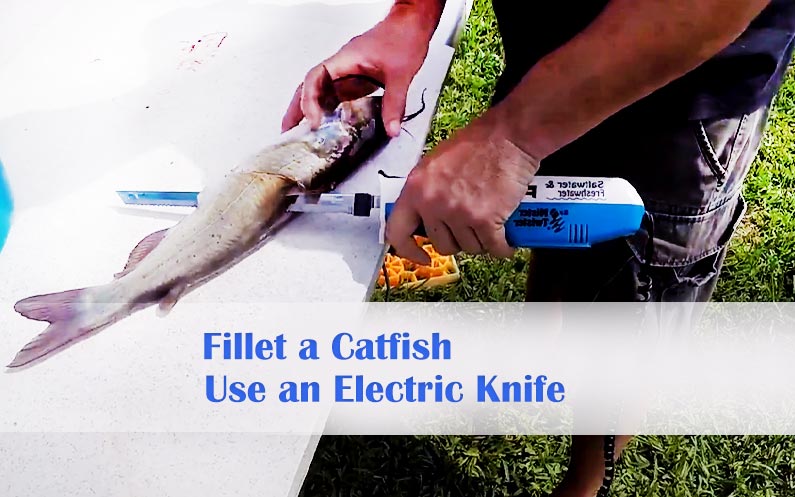 How to fillet catfish with electric knife

When you’ve got the idea of an electric knife, now it’s time to hit the meat. But you have to follow a particular procedure to fillet catfish. If you do not follow the process correctly, all will be squishy. You cannot cook it perfectly if the meat pieces are not perfect. So let’s see How to fillet a catfish with an Electric Knife.

Process of Using an Electric Knife to Fillet it

Filleting a catfish is a three-step process and firstly, you have to cut down the head. Generally, people do not eat the head, so cutting it off is preferable.

You have to do it from behind the gills and toward the head. To do this, hold the knife pointed across the body of the fish or towards the body. The backbone of the fish will guide your knife. Cut the head gently as heavy pressure can ruin the fish.

If the fish is big, you can tie it with a rope and hang it first. It makes the process much more comfortable.

Catfish tend to be slippery. So, you have to stick the fish using pliers. If the fish is small, you can skin it on the kitchen counter. Before you separate the skin, you have to cut down the fins along with the tail.

After that, you have to cut right at the back of the catfish and slowly go down from top to bottom, removing the flesh from the bone. When you are right before the tail area stops your knife and flip down the flesh, now start the electric knife between the kin and the flesh. You will notice that the skin is separating from the flesh so easily. Repeat the same process on the other side.

This step is particularly easier if you use an electric knife. With a little try, you can skin a catfish precisely. 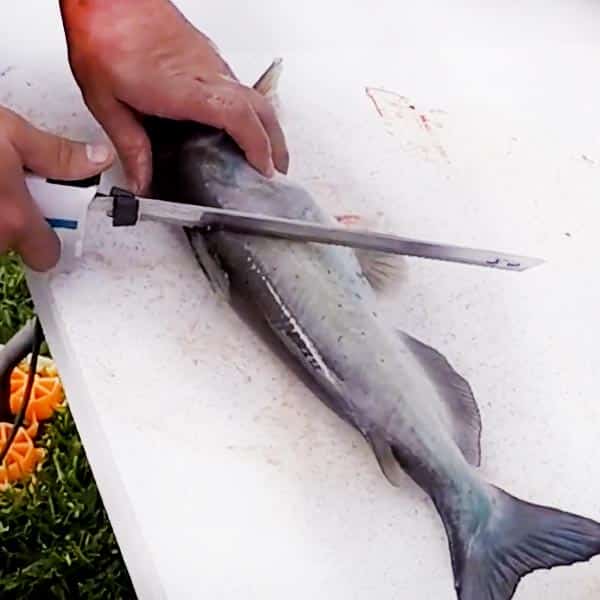 Fillet the Fish: Now it’s time for actual filleting. As the head, tail, and skin of the fish are removed, you can start the fileting procedure.

For this, you have to cut right next to the spinal column with the electric knife until you reach the ribs. But make sure you do not cut through the ribs as it will ruin the fish.

After you have reached the ribs, slither through the upper part go toward the tail. While doing this make sure you are cutting right beside the spine of the catfish. The perfect fillet of a catfish is now ready. Now repeat the same process on the opposite side.

You are now done! When doing it for the first time, it may seem a challenging thing to do, but trust me, after you’ve done it with two or three fishes the process will get easier and more accessible.

Catfish is one of the delicious freshwater fish and a great source of protein. If the fillet is prepared entirely, you can make many delightful dishes with it. But the whole thing will be ruined if the catfish filler gets squishy or left with bones. It will take you some practice to prepare perfect catfish fillet.

Try to use an electric knife rather than a traditional knife. It will make the whole process a lot easier and will take less time.